Lillian Wald was a trailblazer for social justice and public health 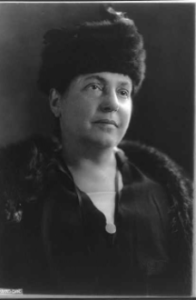 Lillian was a nurse, and a humanitarian. She founded the Henry Street Settlement in NYC in 1895 with the help of banker Jacob Schiff, and the building still stands today as a monument to all she achieved.

So what exactly did she do?

She changed the face of health care in the poorest parts of New York by setting up the first visiting nurse service in New York.

She was a trailblazer in providing health care to all regardless of status, race, gender or age and her army of intrepid nurses gave access to healthcare for women in particular and their children in the late 1890’s and into the dawn of the twentieth century. The settlement houses themselves were part of a system of progressive reform which began in London at Toynbee House, spread to Chicago at Hull House and arrived in New York in the late 1800’s where well educated women, put their nous (and often their money) to work in setting up places where immigrants, the poverty stricken and  the non- educated could come and learn and better their circumstance.

Lillian was well connected to other fearless females who were beginning to plant the seeds of suffrage in that era too. Namely Jane Addams, Elizabeth Cady Stanton and Susan Anthony. She went on to be involved with people like Florence Kelley (who is a subject of another post) and later, at the time of the outbreak of World War I was heavily involved in the Women’s Peace Movement.

Not bad for a girl from Rochester.

Lillian is the second “Fearless Female” in a  series.